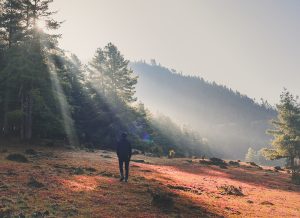 Homeopathy is a form of medicine that treats the whole person. One homeopathic remedy could be used to treat someone’s migraines, diarrhea, and depression, instead of prescribing several different medicines. The prescription is based on the Law of Similars, or the principle of “Like cures like”. This principle states that a substance that can cause a particular set of symptoms in a healthy person can cure those same symptoms in a sick person if given in a very dilute dose. For example, peeling an onion can cause itchy, burning, watery eyes, sneezing, and a runny nose. If the homeopathic remedy made from onion were given to an allergy sufferer, it would cure those same symptoms.

Homeopathy was developed by Dr. Samuel Hahnemann in the early 1800’s. He was a German physician who tested and developed many homeopathic remedies. By the early 1900’s, homeopathy was spreading throughout Europe and 20% of physicians in the U.S. were homeopaths, but due to political pressures, it became relatively unknown in the U.S until recently. It is more widely used in France, Germany, Mexico, Argentina, India, and Great Britain. Queen Elizabeth’s family physician is a homeopath.

Homeopathic remedies are made from substances such as plants, minerals, or animals that are found in nature. Extracts are made of these substances and they are then diluted into very small doses of the substance.

Any kind of condition can be treated with homeopathy. It can be safely used for adults, infants, pregnant women, the elderly, and animals.